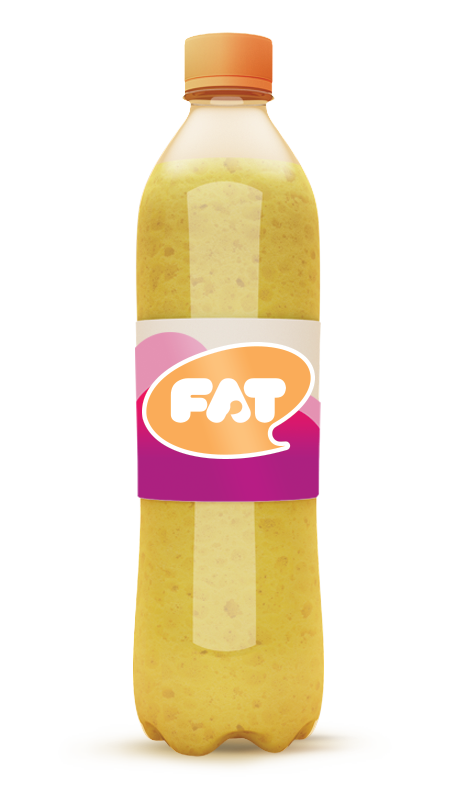 Drink one can of sugary pop a day? That could lead to over a stone (six kilos) in weight gain per year.

Why are you at risk?

The terms overweight and obesity refer to body weight that’s greater than what is considered healthy for a certain height.

Being overweight or obese usually means that you eat and drink more calories that your body needs.

Too much energy from any source can make you gain weight, however a high sugar intake is linked to excess weight in both children and adults. Sugary drinks are problematic as not only do they contain high amounts of sugar, but they also tend to be low in fibre, which means that a large quantity of sugar can be drunk and digested very quickly without making you feel full. This means it is unlikely you will compensate for the liquid calories you have consumed by reducing your food intake at your next meal.

The calories in sugary drinks are often referred to as ‘empty calories’ as apart from providing energy from carbohydrates – which is easily converted to fat in the body – they have no nutritional value from vitamins, minerals, fatty acids or amino acids.

By drinking sugary drinks you’re significantly increasing the number of calories you put into your body. A standard serving of sugary drink (330ml) contains approximately 140 calories. Drinking just one 300ml can per day in addition to your recommended calorie intake allowance (around 2000kcals for a woman and 2500kcals for a man) can lead to a weight gain in excess of one stone (14.6lbs) in a year.

Obesity and risk of cancer

Being overweight or obese also increases the risk of many common cancers such as bowel and breast cancer. In fact, the biggest risk factor for cancer after smoking is unhealthy weight.

Research by the World Cancer Research Fund (WCRF) suggests that 22,110 or 1 in 6 cases of cancer could be prevented each year in the UK if everyone was a healthy weight.

There are several reasons suggested for the link between body fat and cancer, including a higher level of particular hormones which are released with the production and storage of fat cells in the body.

However, while BMI is a useful measurement for most people, it is not accurate for everyone, for example if you are very muscular, as muscle weighs more than fat.

A child who is overweight or obese also has an increased risk of:

What you can do

To lose weight you need to consume less energy than you burn.

So, eat a healthy, balanced diet. Choose nutritious foods which provide a good balance of carbohydrates, protein and fat and avoid calorie laden food and drink which don’t fill you up. Switching from sugary drinks to water or low calorie drinks can significantly decrease your calorie intake and help you to lose weight.

Within a healthy, balanced diet, a man needs around 2500Kcal per day to maintain his weight. For a woman, that figure is around 2000Kcal a day (these figures can vary depending on age, metabolism and levels of physical activity, among other things).

Learn how to reduce your sugar intake from drinks here.

How much Sugar are you drinking?

How many sugary drinks do you drink per week?